Theme: about missions to Mars.

You know how it is: you wait seven months for a spacecraft to reach Mars and then three come along all at once.

This February, a trio of (uncrewed) missions are set to reach the red planet, including NASA’s Perseverance rover and the UAE’s historic Hope probe.

Why so many at the same time? All three missions launched in July 2020, a moment when Mars was at its nearest point to Earth for 26 months. Despite this leg up, each spacecraft still has to cover around 500 million km across seven months to reach their target.

Unfortunately, there’s no guarantee all these missions will be a success: over half of the missions to Mars have failed. In fact, only the US has ever landed a spacecraft on Mars, doing it eight times since 1976.

So, when are the critical moments you should be looking out for? And what are the objectives of each mission? Here’s everything you need to know about the February 2021 Mars landings.

Learn more about the journey of the Hope Probe, a journey that overcame challenges and achieved the impossible! After covering a distance of 493.5 million kilometers, we are almost there. Stay tuned for the historic event of the arrival of #ArabsToMars on February 9, 2021. pic.twitter.com/mrduseHMwT

It’s the first mission this month to reach the red planet, but by no means the riskiest. Launched from Japan’s Tanegashima Space Centre on 19 July 2020, the Emirates Mars Mission (EMM) will see the uncrewed Hope probe reach and orbit Mars.

The probe won’t land on the surface, instead orbiting the planet for a whole Martian year (687 days). The target elliptical orbit will see Hope travel as close as 1,000km above Mars’s surface (and as far away as 49,380km).

Travelling at 11km every second to Mars, the probe’s main objective is to monitor the planet’s weather cycles and climate. It will also seek to provide data on why Mars is losing hydrogen and oxygen to space.

Although this is by no means the first probe to orbit Mars (there are 14 satellites already doing this), the EMM will make the United Arab Emirates the fifth nation ever to reach the planet. Hope’s arrival at Mars also coincides with the 50th anniversary of the UAE’s formation. 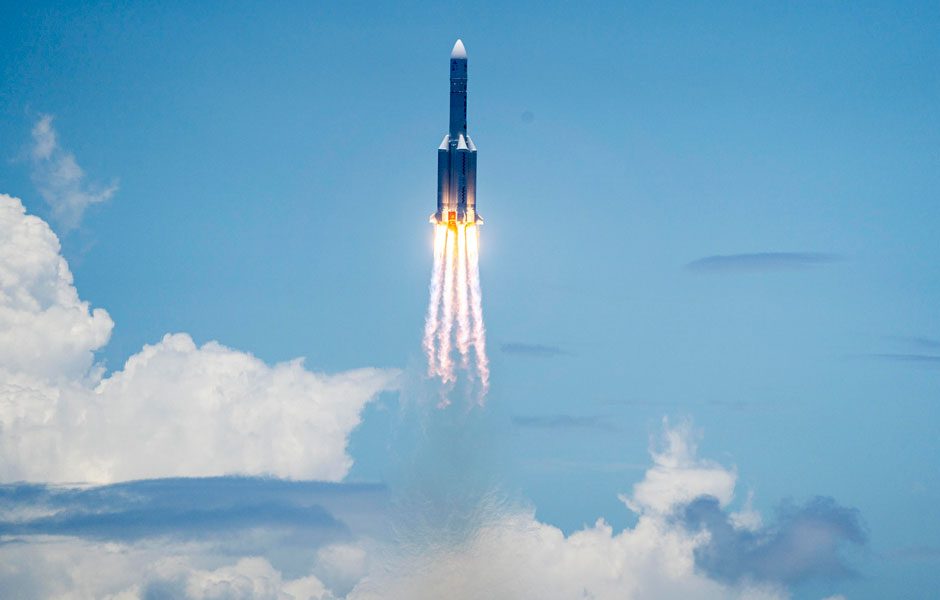 Launching on 23 July 2020, China’s Tianwen-1 mission seeks to land a rover on the Martian surface. However, while the spacecraft’s lander and rover won’t attempt to touch down until May 2021, they are expected to establish an orbit around Mars on 10 February.

Although many details about Tianwen (which translates roughly to “questions to Heaven”) are being kept behind closed doors, its core objectives have been unveiled. These include creating a geological map of Mars and locating potential water-ice deposits.

The rover itself, which weighs 240kg (featherlight compared to past Mars rovers), is fitted with six instruments, including two cameras and radar.

Tianwen represents China’s second attempt at landing on Mars. Its first mission, Yinghuo, was left stranded in Earth orbit in 2011 after a malfunction. 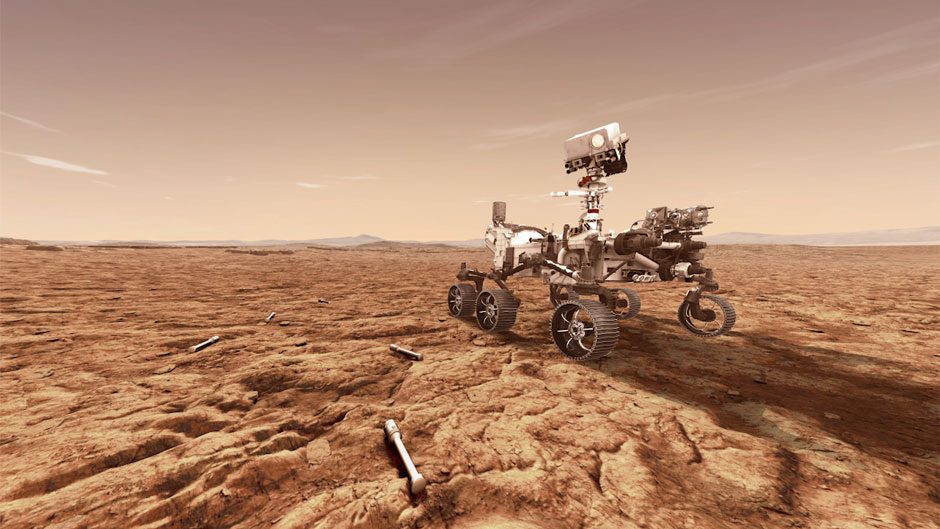 Hoping to find signs of past life on the planet, a lander carrying NASA rover Perseverance is expected to touch down in the evening (UK time) on 18 February.

It’s planning to land in the Jezero crater – a place that was filled with water approximatively 3.5 billion years ago – in the hope of finding evidence of past life. And the 1,050kg rover is well-equipped for the task, fitted with 23 cameras and a drill for coring samples.

Perseverance is also furnished with microphones, which are hoped to be the first to record sound on another planet.

Technological advancements in the instrument suite I’m taking with me to Mars are also being used back home. For example, my X-ray spectrometer, PIXL, inspired a laser-light sensor that could change how infections and wastewater are treated on Earth. https://t.co/ceeoC0NM14 pic.twitter.com/MbmFopwYqr

The rover will also land with Ingenuity, a 1.8kg mini helicopter. NASA is hoping its rotors (spinning at 24,000 RPM) will make Ingenuity the first rotorcraft to fly over Mars. Equipped with two cameras, the craft is also scheduled to capture a bird’s eye view of the planet.

How did Mars lose its atmosphere?

Mars today has a thin atmosphere: the volume of gases (mostly carbon dioxide) in its atmosphere is less than 1 per cent that of Earth’s. However, evidence from the surface of Mars indicates that the planet was once much warmer and wetter than today. This suggests that the Martian atmosphere must once have been much thicker, creating a strong greenhouse effect that trapped the Sun’s light.

Thanks to numerous missions to the Red Planet, we now know that in its early infancy, up until around four billion years ago, Mars had a strong magnetic field, created, just like Earth’s, by convection currents of molten metals in the planet’s core. But, unlike Earth, Mars cooled enough internally to switch off this mechanism, and the planet ended up with no global magnetic field. Without this magnetic field, the planet was less protected from the solar wind – the stream of energetic charged particles flowing from the Sun.

The solar wind stripped away most of the Martian atmosphere in only a few hundred million years after the planet lost its magnetic field. This process was quick because the Sun rotated much faster in its youth, which made the solar wind more energetic. The loss of a large fraction of its atmosphere to space was a major cause of Mars’s transition from a warm, wet climate to today’s cold, dry one.

In contrast, the fact that the Earth retained its magnetic field, which deflects the solar wind, and hence held on to its atmosphere, ultimately allowed life to develop here.

A new way to look for life-sustaining planets