The idea of plants being capable of making conscious decisions is a controversial one, but a new study involving climbing French beans suggests the concept may be beginning to take root.

What was the experiment?

Researchers based at the Minimal Intelligence Lab at the University of Murcia, Spain, and the Rotman Institute of Philosophy in London, Canada, placed 20 potted French bean plants in the centre of cylindrical booths. The plants were either alone, or accompanied by a garden cane planted into the ground 30 centimetres away.

The scientists then used time-lapse photography to track the movements of the plants until the tip of the shoots made contact with the canes. They found that the shoots would grow along more predictable paths in the presence of the canes, almost as if they could sense them in their vicinity and adjust their growth patterns as a response.

Does this demonstrate conscious intent?

Some plants respond to their environments by, for example, curling their leaves up when touched, or enclosing and digesting their prey in their leaves. The basic mechanisms of these responses have been well studied, but addressing the more philosophical questions, such as whether or not the plants ‘intelligently choose’ to execute such actions, is a much more recent idea.

While not claiming that the experiment proves once and for all that plants can and do act with conscious intent, the Rotman Institute of Philosophy’s Dr Vicente Raja, one of the authors of the study, says it does show that the beans in the experiment were doing more than simply responding to external stimuli.

“It is one thing to react to a stimulus, such as light, it is another thing to perceive an object,” he says. “If the movement of plants is controlled and affected by objects in their vicinity, then we are talking about more complex behaviours, not reactions, and we should be able to identify similar cognitive signatures to those we observe in humans and some animals.”

Where could plant consciousness arise from?

Plant neurobiology was officially established as an area of research in 2006. Its proponents draw parallels between the pathways of electrical signalling found in plants and the nervous system found in animals, to argue that plants are capable of acting in a purposeful manner.

Plants use electrical signals in two ways. First, to regulate the distribution of charged particles (ions) across their various membranes. For example, a plant’s leaf might curl up because a movement of ions triggered the transport of water out of its cells, which caused it to change shape.

Second, to relay long-distance messages from one part of the plant to another. For example, an insect bite on one leaf might trigger defence responses in distant leaves. Both actions can appear like a plant is choosing to react to a stimulus.

“Only in the last decade is when we have been associating animals with sentience, answering these questions takes time. If we separate our biases away from thinking that some features only belong to us, then we can move the field forward much faster,” says Dr Paco Calvo, director of the Minimal Intelligence Lab at the University of Murcia and co-author of the study.

“I am happy to be disproved, but we need to be open to possibilities.” 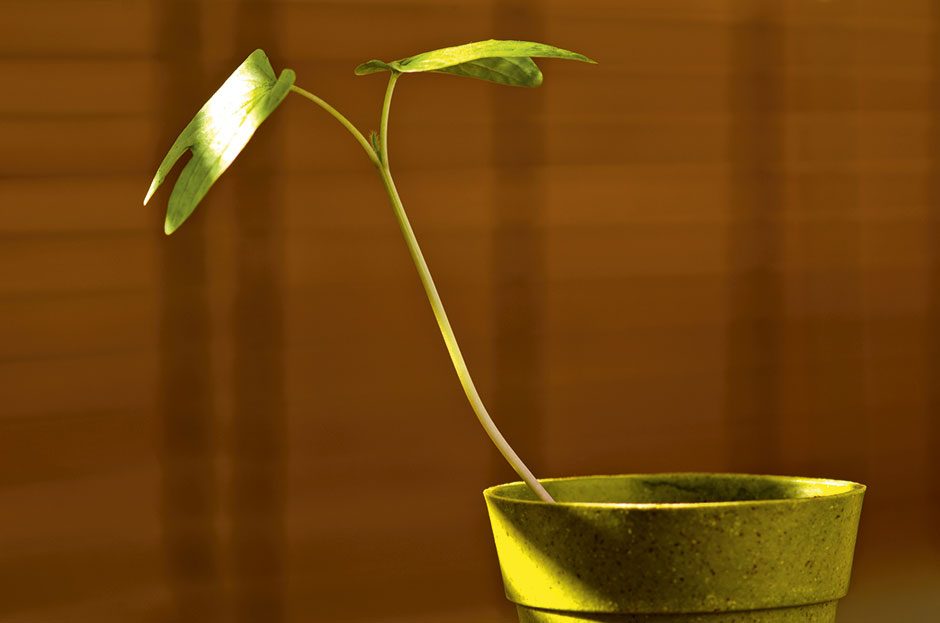 According to the new study, plants may have more complex behaviours than we’ve previously given them credit for © Getty Images

What do the critics say?

Some researchers argue that these responses are merely genetically encoded and have been fine-tuned to give the appearance of intentional action, thanks to countless generations of natural selection.

In a paper titled ‘Plants neither possess nor require consciousness’, published in 2019, Prof Lincoln Taiz, a botanist at the University of California, Santa Cruz, dismissed the idea of plants having features such as consciousness and cognition on the grounds that they simply don’t have the necessary structural, organisational and functional complexity that the animal brain had to evolve before consciousness could emerge.

“The biggest danger of anthropomorphising plants in research is that it undermines the objectivity of the researcher,” Taiz says.

“What we’ve seen is that plants and animals evolved very different life strategies. The brain is a very expensive organ, and there’s absolutely no advantage to the plant to have a highly developed nervous system.”

A (pollen-free) sigh of relief for Japan: The genetics of male sterility in cedar trees

A (pollen-free) sigh of relief for Japan: The genetics of male sterility in cedar trees

Researchers identify up to 98 potential species of melon, watermelon and almond pollinating bees

A reeking, parasitic plant lost its body and much of its genetic code