It’s almost 25 years since the most famous clone on Earth, Dolly the sheep, was born on a farm in Scotland. It was one small step for lamb, one giant leap for lambkind. Along with the celebrity bleater came promises of innovative applications, but at the time, no one really knew how cloning would come to be used.

Now, cloning is finally finding its niche. As a growing number of species are cloned, including camels, cats and cattle, companies are springing up to offer commercial cloning services. The practice has become big business.

Around the globe, hundreds of domestic and agricultural animals are cloned every day. As wild species start to be cloned too, it’s thought the technique could even help conservation.

But the ethical issues remain as large and divisive as the day that Dolly was born. So how is cell biology’s bête noire making a difference and what should we make of these genetic doppelgängers? 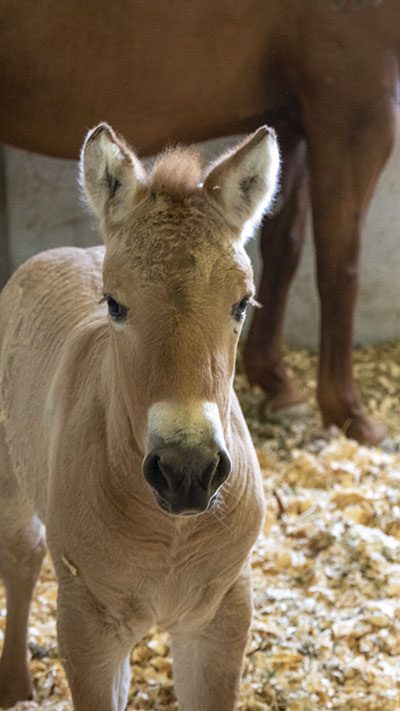 In August 2020, a healthy clone of the endangered Przewalski’s horse (pronounced shuh-VAL-skees) was born in Texas. Przewalski’s horses, which are native to the steppes of central Asia, are the last truly ‘wild’ horse species. Around 2,000 remain, but they lack essential genetic diversity because they’re all descended from just 12 wild-caught individuals.

The little foal, called Kurt, was cloned using 40-year-old frozen cells from a stallion whose genes aren’t well represented in today’s population. Because Kurt is genetically identical to the stallion, the hope is that when he grows up and breeds, Kurt will restore this lost genetic diversity via his descendants.

“The colt is expected to be one of the most genetically important individuals of his species,” says Bob Wiese, chief life sciences officer at San Diego Zoo Global, who was involved in the project.

Other wild species have also been successfully cloned, including the coyote, the African wildcat and a rare Southeast Asian cow called the banteng. But many conservationists oppose cloning because they see it as an unproven, expensive distraction from tried and tested conservation methods, such as protected areas and anti-poaching initiatives.

…And extinct animals too (but not dinosaurs) 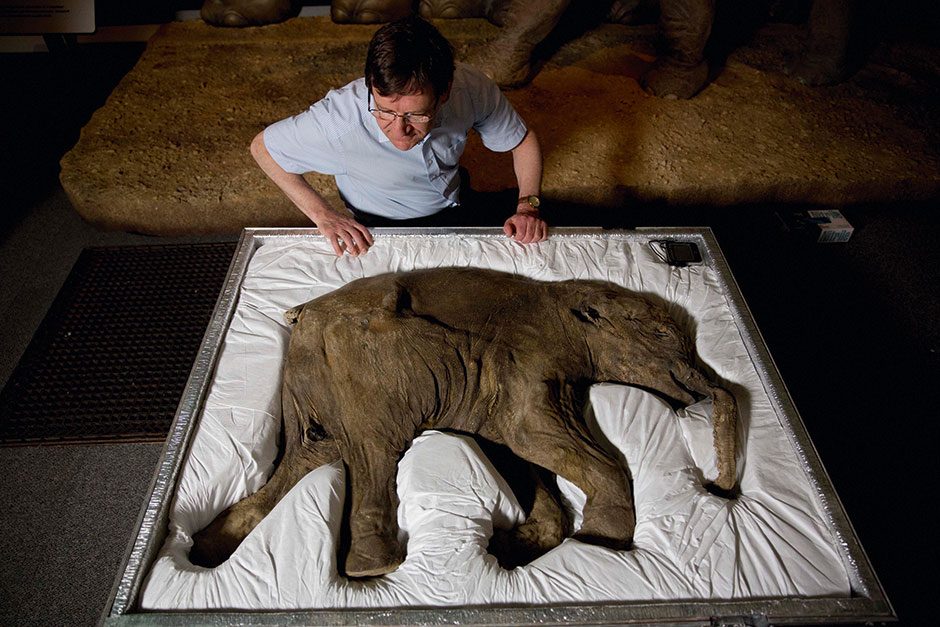 There’ll be no real-life Jurassic Park. Sorry. Dinosaurs are off limits because their DNA is too long gone. But more recently extinct animals, such as the woolly mammoth, could theoretically be on the cards. ‘All’ that’s needed is a source of DNA (from say, the cells in a frozen carcass or a museum specimen) and a closely related living species to help nurture the cloned embryo.

For the woolly mammoth, this would mean transferring a clone into the womb of a surrogate Asian elephant. The problem is Asian elephants are endangered. It’s a major sticking point for critics, who also question the value of the ‘de-extinction’ of species whose natural habitats disappeared a long time ago.

Advocates, however, suggest that certain animals, dubbed keystone species, could engineer their own ecosystems. If the woolly mammoth were released into northern Siberia, for example, its actions could potentially create a lush grassland that could benefit many other species.

Cloning your pet isn’t such a good idea… 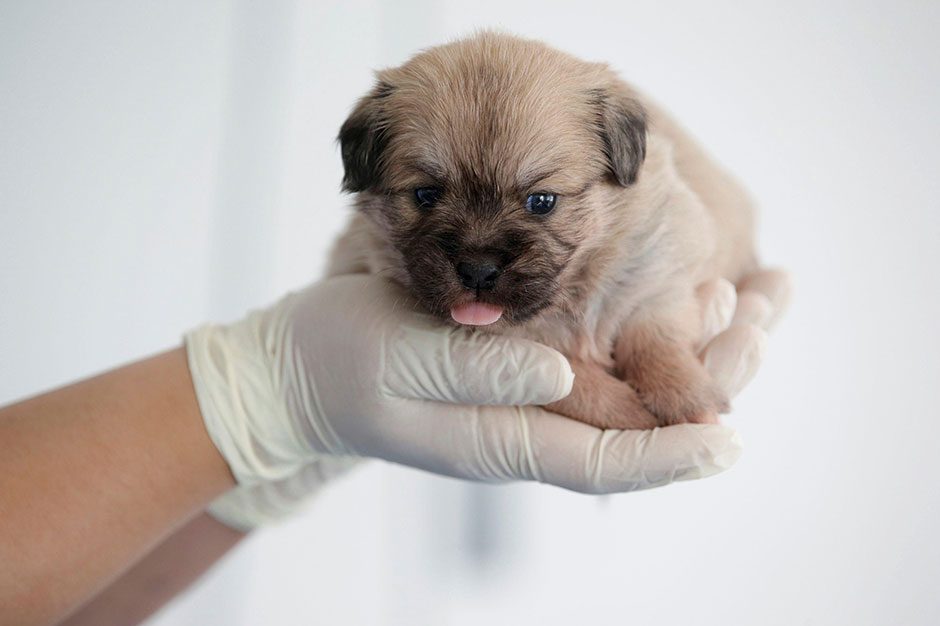 Little Juice, seen here at 24 days old, is a clone of Juice, a star of film and TV in China © Alamy

At least three pet-cloning companies now exist and for upwards of $40,000 (just over £30,000) they’ll create a genetic replica of your beloved pet dog or cat. Singer Barbra Streisand and fashion designer Diane von Furstenburg have both bought clones of their pet dogs, for example, but the practice is fraught with ethical concerns.

In one cloning advert, from the Chinese company Sinogene, a grieving pet owner finds solace when a guardian ‘pooch angel’ beams her doe-eyed ghost dog back to Earth in new puppy form. It’s a carefully choreographed tear-jerker, but cloning can’t even guarantee to produce faithful lookalikes, let alone animals with identical personalities.

“When people are faced with losing a pet, they’re so vulnerable,” says bioethicist Jessica Pierce, from the Center for Bioethics and Humanities, University of Colorado, Denver. “Jumping into that abyss and saying ‘we can fix it for you; you don’t have to say goodbye’ is just so wrong.”

In addition, cloning is a notoriously inefficient process, whatever the species. It takes multiple dog surrogates to achieve a single, successful pregnancy and dozens of cloned embryos to achieve a single, healthy puppy. Dogs die as bundles of cells in the culture dish, embryos in the womb and, more rarely, as puppies after birth.

“It’s creating a whole canine underclass that’s invisible,” says Pierce. “Why go down this route when there are millions of deserving dogs in shelters?”

…But cloned sniffer dogs are already patrolling some airports 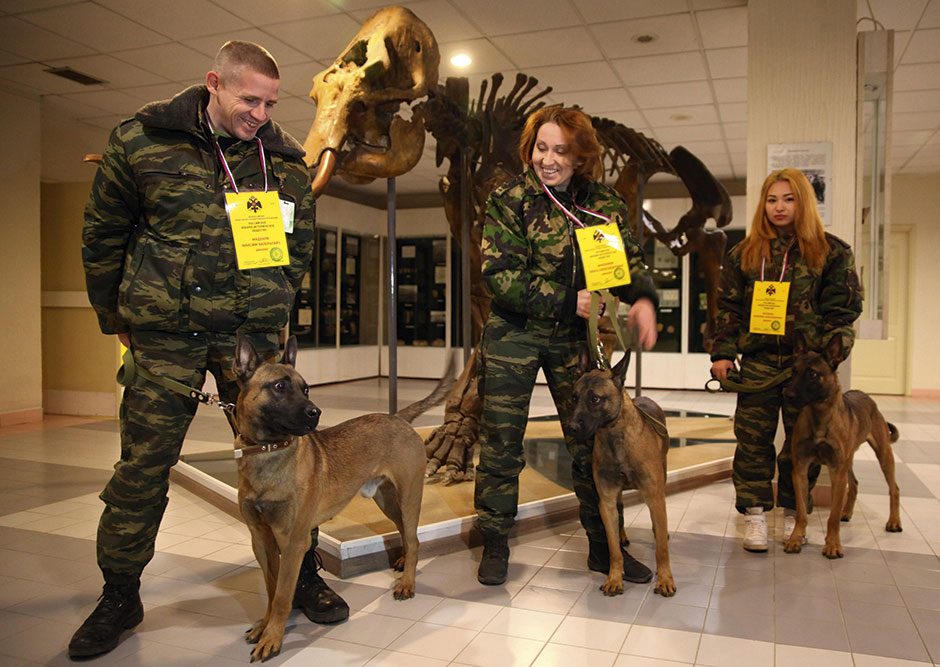 Also known as Sooam Biotech, the company has produced hundreds of canine clones and many are now in active service. If you’ve ever collected a suitcase from the carousel at Seoul’s Incheon Airport, chances are it was checked by a cloned sniffer.

The idea is to produce animals that are genetically predisposed to learn well. It takes time and money to train a sniffer dog, but even with the best training and the brightest animals, only around half of conventionally bred dogs manage to qualify. Cloned dogs do much better.

“80 to 90 per cent end up going into service,” says Olsson, “and we’ve been told multiple times that our clones respond better to training.” Here, the method has become a way to minimise doggy dropouts and reduce costs. 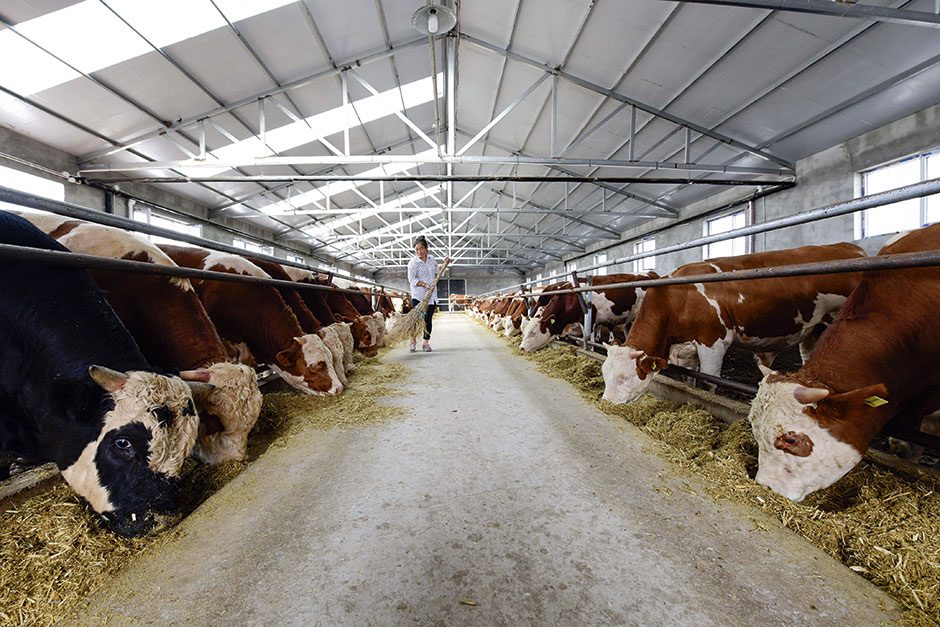 Cloned cats and dogs are one thing, but would you want to eat a clone? In China, where demand for prime-quality beef is rocketing, another cloning company thinks its customers will.

Boyalife Genomics, which works with the Abu Dhabi Biotech Research Foundation, is building a $30m (approximately £23m) cloning facility in the coastal city of Tianjin where it plans to clone some of the world’s finest beef cattle.

The goal, according to the company’s chief executive Xu Xiaochun, is to start by producing 100,000 cloned cattle embryos annually, then increase that to a million. Eventually the firm hopes to be responsible for 5 per cent of China’s premium slaughtered cattle and by scaling production up, Boyalife hopes to bring the cost of cloning down.

Semen from cloned stud animals is available to buy online… 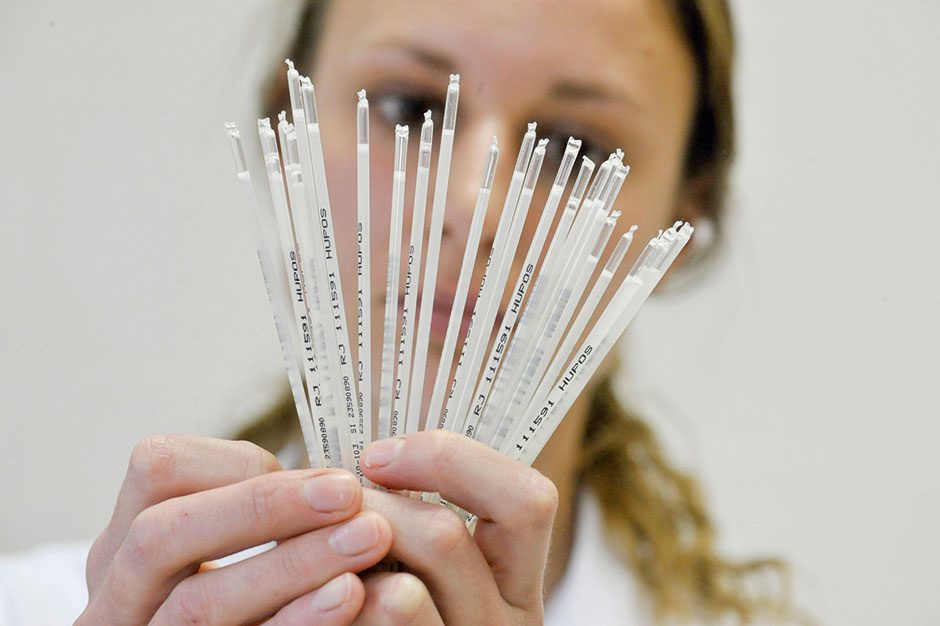 In agriculture, clones of high-value breeding animals are being produced for breeding purposes. For example, Final Answer was a naturally conceived bull so buff he became one of the most prolific sires of the Angus cattle breed. During his life, he produced more than 500,000 units of semen, which were used to father hundreds of thousands of offspring via artificial insemination.

Cloning is relatively routine in the cattle industry, so as Final Answer entered his twilight years, breeders made a copy. In 2014, when Final Answer finally died, Final Answer II took over.

His sperm is no different from that of the original, and now a single shot retails online for around $22 (almost £17). Hundreds of other, similarly valuable cattle have also been cloned, so here the technique is being used as an insurance policy.

“Having an heir and a spare is not a bad concept,” says agricultural geneticist Alison van Eenennaam, from the University of California, Davis.

…While cloned ponies are being ridden on the polo field 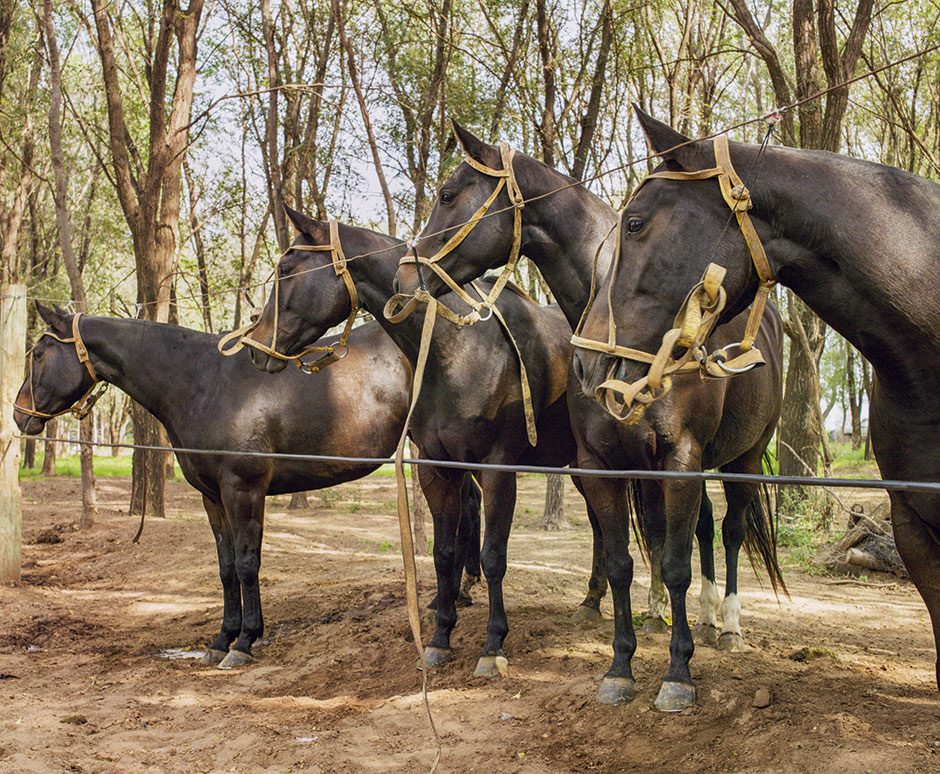 In 2016, Adolfo Cambiaso – the Lionel Messi of the polo world – made history when he rode not one, but six cloned polo ponies, in the final of the prestigious Argentine Open Championship. The ponies were all copies of the same animal, an exceptionally agile mare named Cuartetera, and they were produced by Cambiaso’s own cloning company, Crestview Genetics.

The practice has fuelled concerns that it offers an unfair advantage to those with the funds to afford it, but the body that governs Argentinian polo is remarkably relaxed. It basically permits any breeding technique that elevates the level of play, cloning included.

Meanwhile, other sporting equines have been cloned, including thoroughbreds and jumping horses, and the relevant governing bodies all have their own rulings. There is, for example, no reason why a cloned horse couldn’t compete in the Olympic Games, although this has yet to happen.

But no one knows just how identical or otherwise these clones will really be. Every living thing is subject to the same interacting forces of genetics and the environment or ‘nature and nurture.’

So, although clones may have the same nuclear DNA as the animal they’re derived from, this isn’t enough to guarantee an exact replica. Some characteristics, such as muscle mass, are more heritable than others, such as personality. The environment that an animal is raised in, before and after birth, can affect the activity of key genes with dramatic repercussions.

This is why some of Cuartetera’s clones have different markings, why some cloned sniffer dogs never graduate from training and why cloned pets will never ‘be’ the same as the original. Just like identical human twins, cloned non-human animals may be similar, but they’ll never be truly identical to each another.

Fish’s fins evolved into limbs from one genetic change

Gene editing: Should livestock and crops be genetically engineered in the UK?