Coronavirus antibodies last for at least six months after infection for the majority of people who have had the virus, according to a new study.

Antibodies are produced by the body’s immune system to fight off an invading bacteria or virus. After an infection they can linger on to fend off future infections, though it’s clear not whether this is the case in COVID-19 infections.

The study, from UK Biobank, the UK’s major biomedical database and research resource, measured the levels of previous infection in various population groups across the UK. It also looked at how long antibodies persisted in those who were infected.

According to the study, 99 per cent of participants who tested positive retained coronavirus antibodies for three months after being infected, while 88 per cent did so for the full six months of the study.

Researchers say this indicates antibodies produced following natural infection may provide a degree of protection for most people against getting infected again for at least six months.

COVID-19 growth rates as of 29 January 2021 vary across England, with the largest growth rates in north-east England. 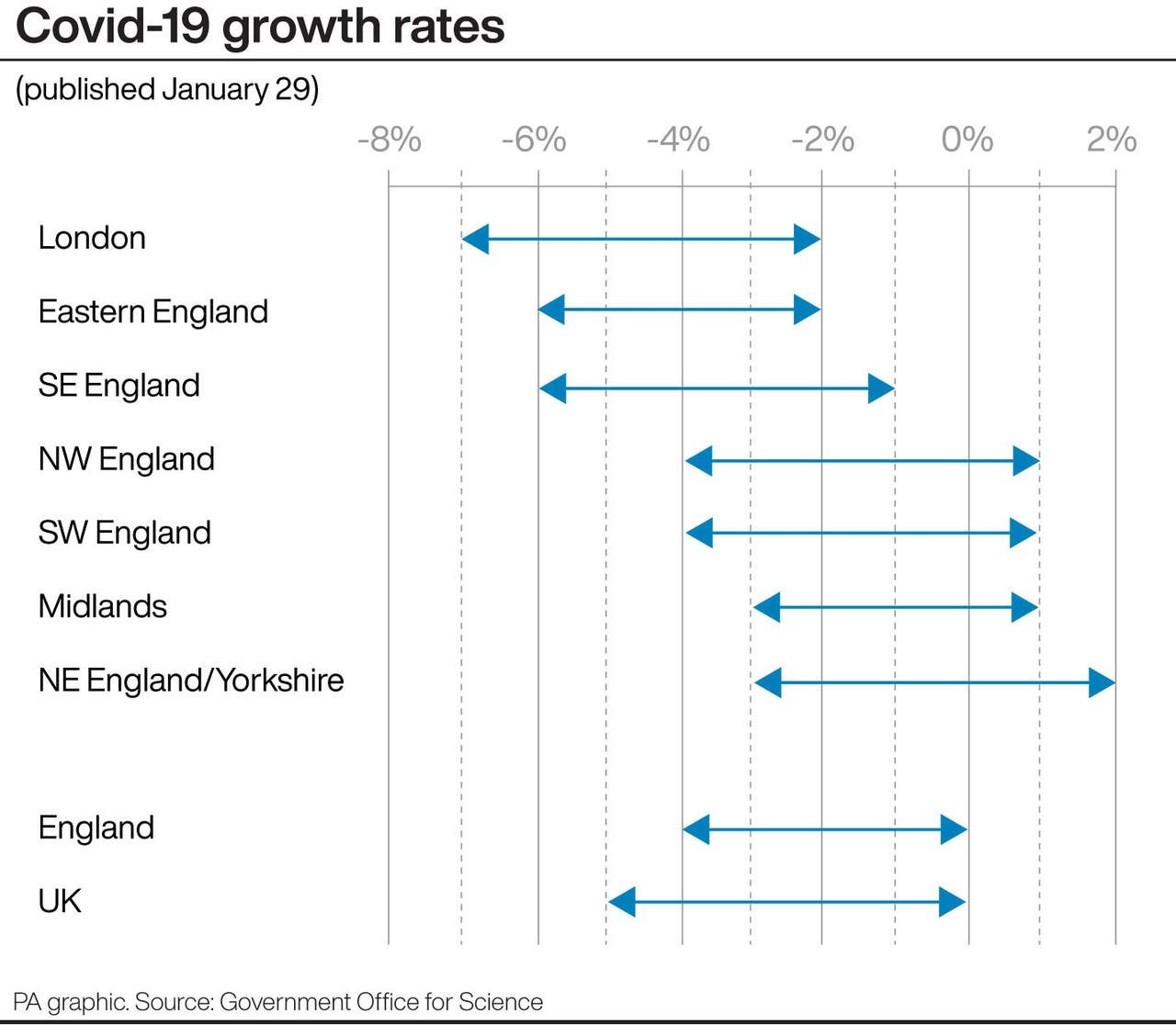 Researchers found that 8.8 per cent of the UK population had been infected by December 2020. Infection rates were as high as 12.4 per cent in London and as low as 5.5 per cent in Scotland.

“This important study has revealed that the vast majority of people retain detectable antibodies for at least six months after infection with the coronavirus,”said  Professor Naomi Allen, UK Biobank chief scientist.

“Although we cannot be certain how this relates to immunity, the results suggest that people may be protected against subsequent infection for at least six months following natural infection

“More prolonged follow-up will allow us to determine how long such protection is likely to last,” she added.

For the six-month period from the end of May to the beginning of December 2020, UK Biobank collected monthly blood samples and data on potential symptoms from 20,200 UK Biobank participants and their adult children and grandchildren. 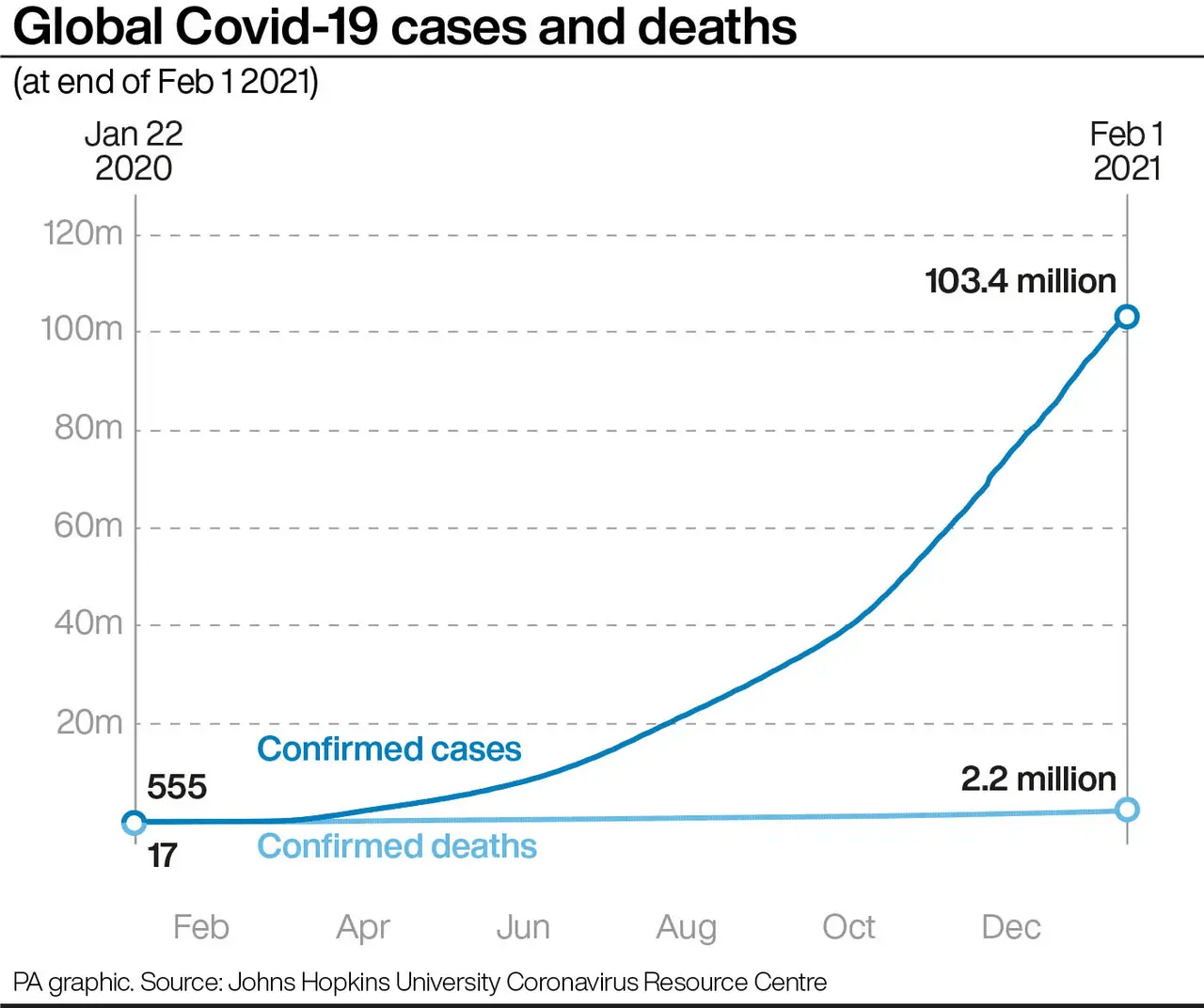 The study found that the proportion of the population with antibodies to SARS-CoV-2 (seroprevalence, which indicates past infection) rose from 6.6 per cent at the start of the study period to 8.8 per cent by the end of it.

The most common symptom associated with having coronavirus antibodies was a loss of taste and smell, which was reported by 43 per cent of antibody-positive participants.

Around one-quarter (24 per cent) of antibody-positive participants were completely asymptomatic, and 40 per cent did not have one of the three classic COVID-19 symptoms – fever, persistent dry cough or loss of sense of taste or smell.

But the researchers warned that just because people have built up an antibody response, it does not mean they cannot still pass the virus on to others.

“Both with vaccines and indeed with past infection, we don’t yet know what impact that has on the ability to be carrying the virus and transmitting to others,” said Professor Sir Rory Collins, UK Biobank principal investigator and chief executive and British Heart Foundation professor of medicine and epidemiology at the University of Oxford.

“So I think one important message both for people who have been infected, and for people being vaccinated, is you may be protected, to some extent, but you may still put others at risk.

“So it’s important to maintain the social distancing and the lockdown measures in line with the government guidance.”

Collins said: “The fact that infection is producing an antibody response that lasts a long time and, as we’ve seen in other studies, is protecting against reinfection does support the government’s decision to delay the second dose.

“And the evidence that they have from the antibody studies that were done with vaccines I think supports the delay, which then allows first doses to be given to very much large numbers of people, which was part of the rationale for the government.”

How can I protect myself from the coronavirus when shopping?

You’ll have seen signs in your local supermarket advising you to keep two metres from others while moving around the store. This is key to reducing your chances of catching the virus while shopping.

The coronavirus SARS-CoV-2 is spread through respiratory droplets that leave our mouth and nose when we cough, sneeze, or sometimes even talk. The droplets sprayed out by an infected person will contain the virus, which could then enter your body via your mouth, nose or eyes (this is why you shouldn’t be touching your face).

Respiratory droplets don’t usually travel more than one metre, so by keeping two metres from others, you’ll reduce the likelihood of being in the firing line. To make it easier to keep your distance, try to shop during off-peak hours, choose a store that’s limiting the number of people who can be inside at any one time, and use self-checkout if you can.

Keeping your hands clean is the other main thing you can do. If possible, wipe the trolley or basket handles with a disinfectant wipe when you arrive at the store. When you get home, wash your hands or use hand sanitiser before and after unpacking your bags.

A US study found that the coronavirus can survive for up to 24 hours on cardboard, and up to three days on hard, shiny surfaces such as plastic, so wiping down your purchases with a disinfectant spray or a soapy cloth before you put them away is another good habit to get into.

Severe undercounting of COVID-19 cases in U.S., other countries estimated via model