The roar of engines from the Rockot launch vehicle split the air as it lifted off from the Plesetsk Cosmodrome in northern Russia on 30 June 2003. The rocket was 30m tall and had been chartered by the German company Eurockot Launch Services. But instead of carrying one large satellite into orbit, the Rockot was carrying eight smaller ones.

At the time, no one paid it much attention. After all, it wasn’t the launch of a flagship, billion-dollar mission. Yet in hindsight we can see that’s exactly what made the launch so important – perhaps even a watershed in the way we use and explore space.

Some of the satellites lofted into orbit that day were tiny CubeSats, with dimensions of just 10 x 10 x 10cm. Made of standardised parts, CubeSats are relatively quick and simple to construct.

When they were conceived in the late 1990s, they were thought of as educational tools to teach students the basics of how to build satellites. The idea was that the students would take the knowledge they gained on CubeSats and apply it to the large spacecraft of the traditional satellite industry.

And while some did just that, others used their experience to take on an entirely different challenge: to use the miniature satellites for something more than just education. 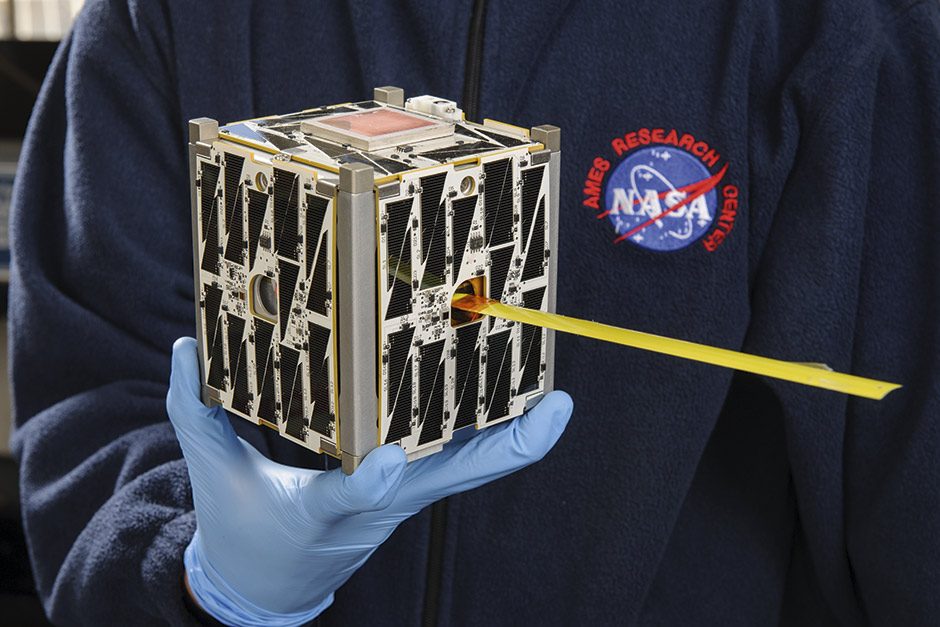 “There are now some very smart people in Europe and around the world who have set themselves a challenge to miniaturise technology such that it can fit into a very small volume. People refer to it as thinking inside the box,” says Roger Walker from the European Space Agency (ESA).

That kind of thinking is starting to pay off. The CubeSat standard is cheap and it’s allowing many more missions to be developed than ever before. And as technology continues to shrink and new techniques are developed, more types of missions become possible – some of which were practically unimaginable until recently, such as satellite swarms.

Satellite swarms are dozens, hundreds or even thousands of tiny spacecraft all working together to do something that’s impossible or impractical with traditional spacecraft. Swarms containing such huge quantities of CubeSats can be envisioned because each one is so cheap to build.

Scott Williams is a programme director at SRI International, who was involved in the early development of CubeSats. He remembers thinking: “Okay, how many can we fly? What can we do with them? If we can get lots of measurement points in space, don’t we create a similar, or perhaps in some ways better, capability than a single, exquisite measurement from a trillion-dollar satellite?”

Williams realised that for many applications, the answer was a resounding yes. But how do you control a swarm of, say, 1,000 CubeSats?

“What you can’t do is have 1,000 operators in ground stations, individually keying in commands to each of the satellites,” he says. “It doesn’t scale financially; you have to be able to treat the network as a single entity.

“Once you have a single operator that runs your hundred-million-dollar constellation, then you achieve a real economy of scale and you’ve got an excellent economic advantage.” In practice, that means developing some level of artificial intelligence for the CubeSats so that they can guide themselves. 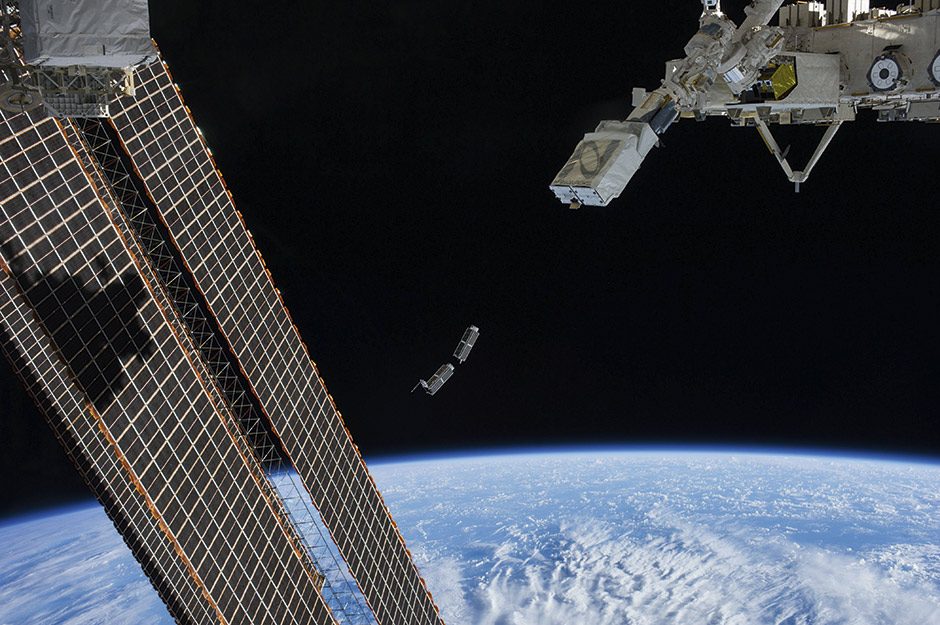 The public has only really had its eyes opened to satellite swarms, or ‘megaconstellations’ as they’re often called, in 2020 because of the numerous launches of Elon Musk’s Starlink satellites. Launched in batches of 60, they captured popular attention because shortly after reaching orbit, they became visible as bright ‘trains’ moving across the sky.

Almost 800 are now circling Earth, with plans calling for a total of almost 12,000 in order to deliver fast internet everywhere on the planet. Although the Starlink satellites aren’t CubeSats, they apply many of the same principles, such as miniaturisation and mass production, that keep the costs down.

ESA sees CubeSats as such a promising way forward that it has set up a dedicated part of the agency to develop them, demonstrate their capability and roadmap the sorts of things they make possible in terms of space missions. 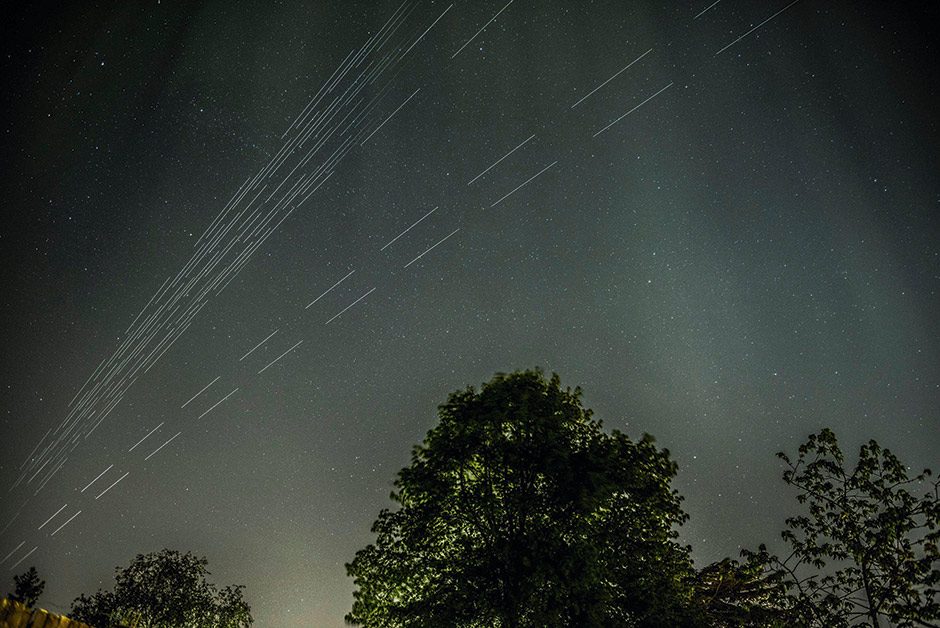 Walker is the head of the CubeSat systems unit. “Our job is to coordinate the technology developments that are needed to enable new capabilities of these very small satellites,” he says.

Many applications revolve around Earth observation. For example, Walker’s unit has realised that a small fleet of CubeSats could precisely measure the nitrogen dioxide emissions produced by road traffic and burning fossil fuels in cities and smaller settlements.

Another application is ‘hyperspectral imaging’ of Earth. This involves a fleet of CubeSats constantly taking images of Earth in dozens of colours and other spectral bands, such as infrared and ultraviolet. “This would allow people to track changes in vegetation for instance, or moisture and flooding on Earth’s surface,” says Walker.

Another idea is a fleet of CubeSats that pick up the stray reflection of sat-nav signals from Earth’s surface in order to measure the movement of ice at the poles and ocean currents around the globe.

As well as telecommunications and remote sensing, there are also new kinds of science and exploration that can be done with CubeSats. Patrick Michel, director of research at CNRS at the Observatoire de la Côte d’Azur in Nice, France, is the principal investigator of NEO-MAPP (Near Earth Object Modelling And Payload for Protection), a European Commission project to study asteroid deflection techniques and research other methods of preventing an asteroid hitting Earth.

One of the biggest unknowns in this research is the surface properties and compositions of asteroids. Without knowing an asteroid’s physical and chemical properties we can’t accurately predict how it would respond to the impact of a projectile designed to nudge it off a collision course with Earth.

And we can’t gain this information from Earth because the asteroids are so small that ground-based observatories can’t see them in sufficient detail. “This is an example of where CubeSats can be very useful,” says Michel. 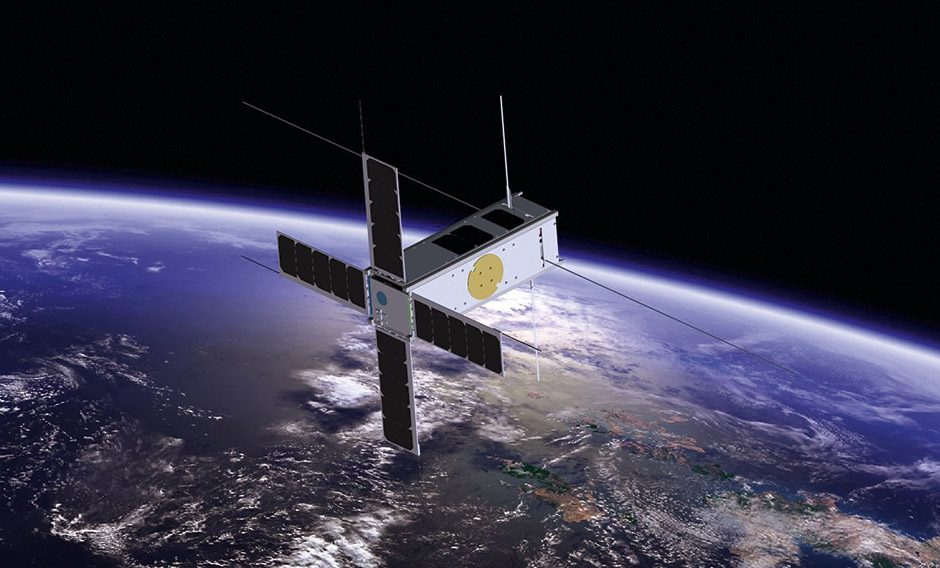 His idea is simple. Send a fleet of CubeSats into space, each one designed to rendezvous with a different near-Earth asteroid. Even if the CubeSat is only equipped with a camera, researchers can start to look at the different surfaces and categorise them. “We may see some commonalities for some kinds of asteroids. Then we can [classify them]. So I think that’s a very good approach,” he says.

It’s also possible that the distortion of each CubeSat’s radio signal caused by the asteroid’s gravity could be analysed to give each asteroid’s mass.

But that’s not all; Williams has been working on the idea of analysing other distortions in a CubeSat’s radio signals to more precisely predict the changeable radiation environment in space. Known as space weather, the radiation comes in the form of subatomic particles given off by the Sun. It can cause electronics to malfunction and, at its most serious, can jeopardise the health of astronauts.

Williams and colleagues have taken their inspiration from the way mobile phones are being used to improve terrestrial weather prediction. Meteorologists on Earth have begun to measure the ‘noise’ in individual microwave signals being transmitted across mobile phone networks, because the noise is determined by the atmospheric conditions the microwave is travelling through.

“All they have to do is collect the data on the noise and suddenly they’ve got weather information, and they’re building much more accurate weather forecasts by doing that. We’re going to do the same thing in space,” says Williams. 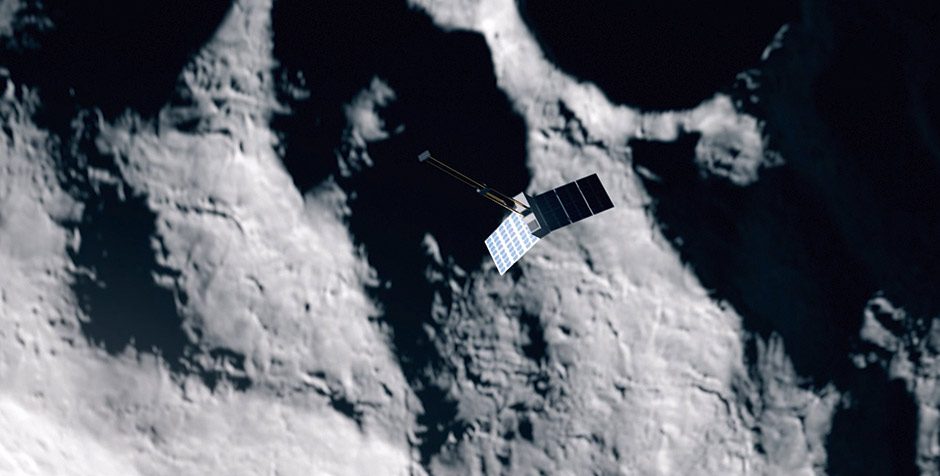 Visualisation of ESA’s Asteroid Prospection Explorer (APEX), a briefcase-sized satellite made up of six CubeSats, is being designed to survey the Didymos binary asteroids as part of the HERA mission, planned to launch in 2024 © ESA

As well as being cheap to build, CubeSats are also cheap to launch because they’re so small and this is driving a new industry of commercial rocket companies.

When it comes to satellite swarms, the limits are only really defined by the imaginations of the engineers and scientists, and the computing power that can be packed into these tiny spacecraft.

Samson Phan is senior research engineer at the Signals and Space Technology Laboratory, SRI International. It’s his job to develop the next generation of CubeSats, including swarms, and he’s got big ideas. “For me, it’s all about robotics and manipulation,” he says.

In Phan’s vision, CubeSats won’t be passive collectors of data; instead, they’ll be individual robots capable of working together with artificial intelligence to build new space hardware, such as giant telescopes that are too large to be launched whole.

“I have these visions of large swarms of small, sat-based robots assembling a 5,000km-long array so that we can visualise what Alpha Centauri’s planets look like,” he says with a smile, before clarifying that his vision is an eventual goal rather than a project he is currently working on. But such visions are what drive innovation.

Take a look inside the new Dune graphic novel

A new way to look for life-sustaining planets